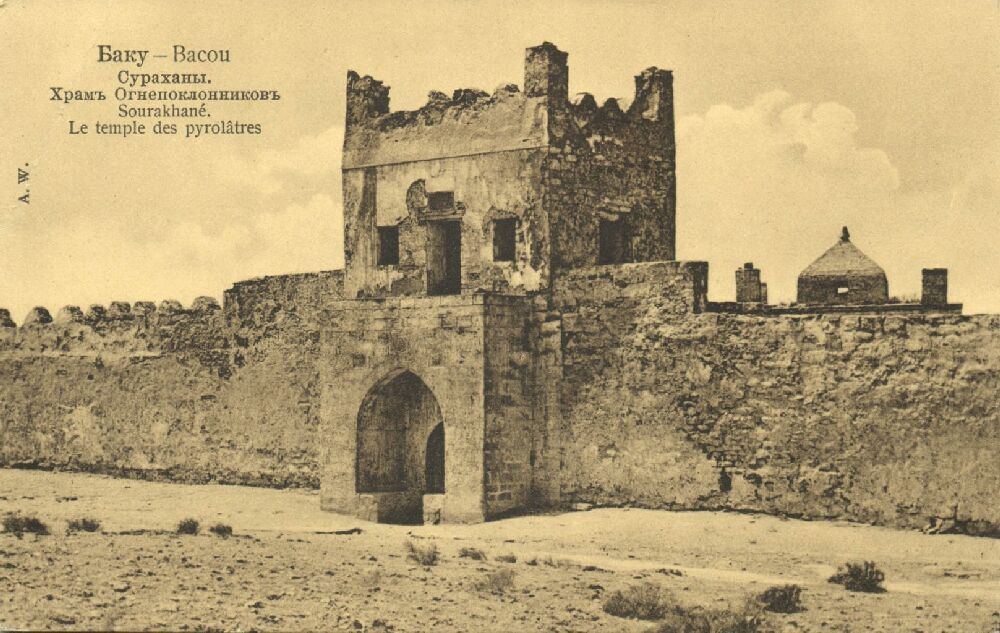 The tour to natural, historical and architectural monuments on Absheron Peninsula (within a radius of 50 km away from Baku)

Azerbaijan is one of the few places on earth, where even today one can observe elements of preserved fire cult and the ancient Zoroastrianism religion. These places where oil oozes from the earth, and natural gas breaks out like flaming torches have always attracted fire worshipers from around the world. Baku, its oil, its «burning earth» have been known far beyond its borders since ancient times. The official religion of the ancient states that emerged in the VII century BC, such as Mann and Midia was Zoroastrianism. The spread of Zoroastrianism in the territory of the modern Azerbaijan was due to spontaneously flammable sources of oil and gas. Therefore, in this area such a monument as the temple Ateshgah has survived.

The village is five thousand years, nevertheless there are still some neighborhoods that have survived to the present day. During the tour you will get acquainted with the ancient dwellings, with the life of that time, traditions, with methods of farming.

Once Absheron there were many places where the natural gas coming to the surface, ignite spontaneously, but with the beginning of mass development of oil and gas fields such places became less and less. As of today the only place of this unique natural phenomenon on the Absheron is Yanardag.

Need Help? Call us or drop a message. Our agents will be in touch shortly.