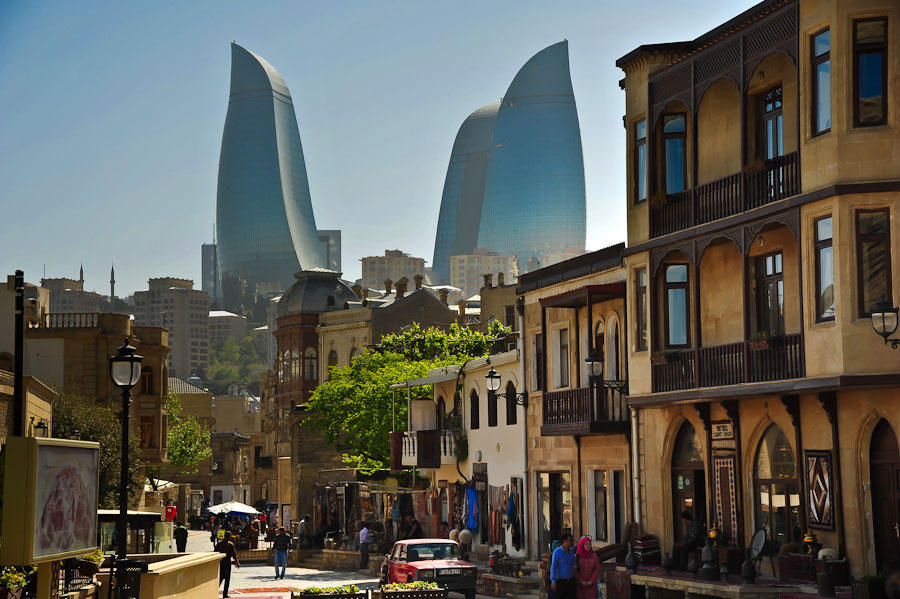 The history of the capital of Azerbaijan — Baku goes back to antiquity, although the exact date of its origin is still unknown. The territory of the Absheron Peninsula, where the city has a favorable geographical position, convenient bays, a warm, dry climate, fertile soil, natural resources.

In connection with the development of the oil boom in the late 19th century, the city began a gradual building of architectural buildings, museums, squares, landscaping parks and seaside promenade.
Today the capital simply submits their appearance.
With the support of a rapidly evolving industry and active supply of crude oil, Baku became the center of the Caucasus, and even now actively upset, decorated with incredible architectural buildings.

09:00 Breakfast at the hotel.
10:00 -15:00 Tour through Baku city.
The tour begins with a visit of OldTown, at the entrance to Fortress Gates. Old Town include several historical and architectural monuments such as:

— Caravanserais and Mosques
— An ancient symbol of the city of Baku — Maiden Tower (V-VII century)
— Museum of Miniature Books,
— The Palace of Shirvan Shahs (XII-XV centuries), and more

13:00 Lunch at the national restaurant (optional — payment not included in the price)

14:00 The tour will continue to ride on the modern Baku. The route covers the central part of the city with a display and a stop at the most interesting historical and architectural sites:

15:00 The tour will end in the mountain park located on a hill in the western part of the city, which offers an unforgettable view of the city and the Baku Bay.

Need Help? Call us or drop a message. Our agents will be in touch shortly.